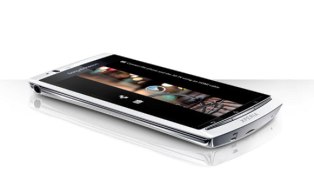 Sony Ericsson Xperia Arc S upgraded version of its existing Xperia Arc would comes with 25 per cent faster camera start up and media conversion, along with 20% faster web page rendering when compared with its predecessor.

The Xperia Arc S would be powered by a 1.4 GHz processor and runs on Android 2.3 Gingerbread. It include an 8.1 megapixel camera and 320MB of built-in storage. The device will sport a 4.2-inch Reality display with Sony’s mobile BRAVIA engine. The Xperia Arc S will be able to shoot 2D and 3D panoramic images which can be viewed by connecting to a Sony 3D BRAVIA TV.