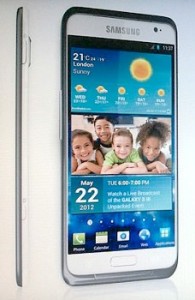 The architecture of Galaxy S III has four CPU cores inside the next Galaxy S device. It may have 32nm version of the Cortex-A9 surfaces but Cortex-A15 cores haven’t been completely ruled out too.

A quad-core Mali GPU is also certain but not sure it will have.

Domain Affiliate: Tips & Tricks to make money with it