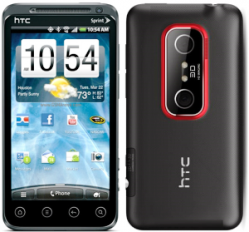 HTC EVO 3D is a touchscreen phone with aggressive looks as well as easy to handle.

The HTC EVO 3D smartphone also features dual 5-megapixel cameras, which can be used to capture both high-quality conventional and 3D images and videos, opening up new frontiers for user-generated content, social networking and streaming video.