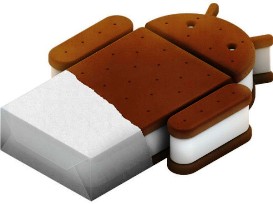 Samsung to launch a new smartphone based on Google’s latest version of the Android operating system android Ice Cream Sandwich.

Apple’s new iPhone 4S finally went on sale in stores around the globe on Friday with fans snapping up the final gadget unveiled during Jobs’ lifetime. Apple is also the biggest customer of Samsung, buying mainly chips and displays.

Ice Cream Sandwich is Google’s attempt to consolidate Android across all devices. It’s expected to fuse elements from Android Honeycomb for tablets with those of Android Gingerbread, the latest version available for smartphones.

Event to demonstrate the much-anticipated next version of Android, Ice Cream Sandwich will be announced soon.

Reliance announced the launch of Cloud Computing Services in India