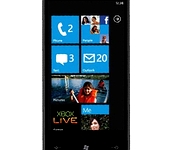 NFC is the technology that will let people swipe their phones like credit cards at retail stores. Google is pushing ahead with NFC in Android phones.

Apollo will be the first Windows Phone OS to feature a significantly enhanced gaming experience compared to its predecessors.

Windows Phone Apollo, hints and teasers are fueling plenty of speculation around.