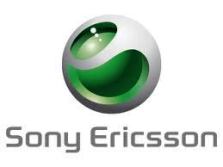 Sony Mobile all smartphones run on Google’s Android operating system. Now onwards user will be seeing simply Sony on smartphones from the company. Sony announced the finalization of the takeover of the Sony Ericsson company.

Sony Ericsson started as joint venture between tech giants Sony and Ericsson in 2001 bringing to a close a deal announced in October. Sony purchased Ericsson’s half of the joint venture for about $1.5 billion.

Sony smartphones will soon interact with Sony TVs, Blu-ray players, laptops and PlayStation video game consoles. The Sony Mobile will be headquartered in London. Bert Nordberg is staying on as president and CEO. Sony Mobile CEO, Nordberg will be charged with changing the company that focused on feature phones, regular cellphones that can do things such as store and play music, shoot photos and video but not run full-out mobile apps that focuses on smartphones.

Sony Mobile Communications integrate the mobile phone business as a vital element of its electronics business.

Features and price of Samsung i899 Galaxy