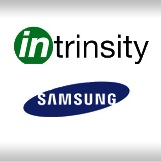 . Apple purchased the company for $121 million, less than half the $278 million the company paid for PA Semiconductor in 2008.

PCMag mobile-phone analyst Sascha Segan said that simply ramping up the clock speed to a gigahertz would put Apple’s A4 even with other ARM Cortex based chips, including those from Samsung.

Intrinsity’s legacy is Exponential Technology, a PowerPC clone manufacturer that kicked off the short-lived Apple clone market in the 1990s. Intrinsity have played a role in the manufacture of the A4. Intrinsity’s engineers found a way to crank speed up to 1,000 megahertz, which happens to be the same speed as the A4 in the iPad.

1 people reacted on this