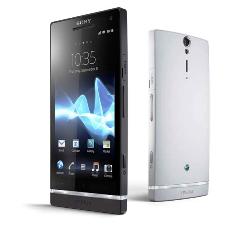 The Sony new Xperia S, is a Android smartphone. It is Powered by 1.5GHz dual-core processor, Xperia S will launch with Android 2.3 Gingerbread os and will later be upgraded to Android 4.0 Ice Cream Sandwich os during the second quarter 2012.

For connectivity, the phone supports Wi-Fi, Bluetooth, GPS, HDMI, NFC and DLNA. Xperia S is also have NFC near field communication enabled to allow consumers to share content with each other.

It is packed with a 1750 mAh battery and incorporates all sorts of latest connectivity options.